Limited edition of 600 copies with a Signed C-Print inside the book. 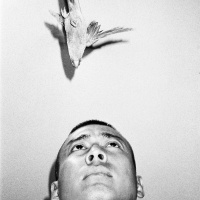