[Statement by the artist]
Watching "Laputa Castle in the Sky" on TV when I was a 4th grade elementary student, I thought I would be happy if I were to draw sceneries of a world like this. At that time, a friend from childhood invited me for a painting class by chance, and I thought I had no choice but to go.

Getting back to my desk after dinner, I became too nervous to take a deep breath, wondering if he would let me since he had always grumbled that we had a tough time making ends meet. "I would regret for the rest of my life if I weren't to tell", I said to myself, I went into his workroom. I told my father I wanted to become an animator and asked him to let me go to the painting class. It was just one word from my father, “alright, how much is the monthly tuition?".

I had applied for recruitment exam at Studio Ghibli four times since I was a senior student in high school, but it all failed. At the senior year of university, I heard that one of my classmates who I assumed as the most talented at painting had failed the recruitment exam too. It was when, I suppose, I finally gave up on drawing a world Hayao Miyazaki depicts under him at Studio Ghibli.

I stumbled upon a question, “what is art?” while preparing for entrance exam of art university and that led me to feel detached from the drive for animation I used to have at a 4th grade in elementary school. “I might take the wrong path. Despite the wish to become an animator, I chose to major in oil painting”. That idea often came across my mind. But in the face of reality that my dream was unlikely to come true, it was art that saved me. That's ironical, isn't it?

I still cannot give up on drawing, may be because my father accepted the favor I had asked him to let me go to the painting class.

Although I was no match for Hayao Miyazaki or Disney, I keep drawing paintings wondering how I could cast that sensation into shape as animation. 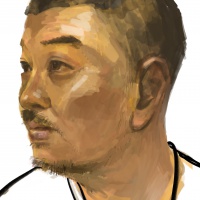 Ueda studied under the scientist Kenichiro Mogi. In 2017, he started a career as an artist, working on painting, illustration, design, mural painting, video work, columns and so forth. 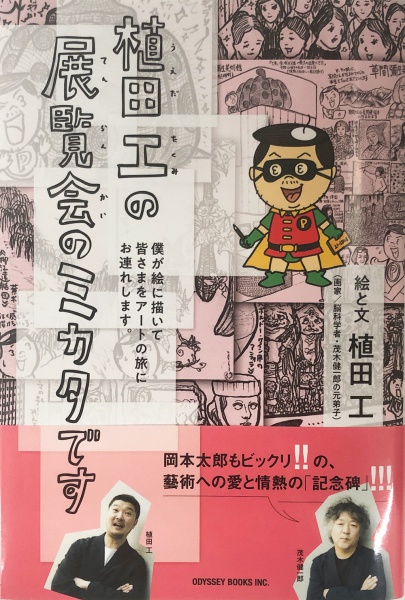