Ichiro Tanida was born in Tokyo in 1965, and since the late 1980s has been active as an illustrator, graphic designer, and CG creator in a variety of fields. In 1994, his CD-ROM work that linked computer graphics and music attracted attention for its unique world view.
After that, he started with the "Laforet Grand Bazar" series of CM, which utilized his experience in CG production, and as a CM director was in charge of directing more than 30 works per year. He has been creating video works since 1990 and has been active as a VJ TECHNOVA since 2018.

With this exhibition, he will make his debut as a contemporary artist.
This exhibition will be his "Artist's Proclamation," as he has decided to continue his artistic practice until the end of his life.

Artist's Statement
I wanted to be a painter, thirty years ago.

At some point during my student days, I was picked up by the great master of illustration, Hiroki Taniguchi, almost in the fashion of a stray dog. Even though I was aspiring to become a designer at the time, I never really abandoned my dream of being a painter, so at the age of 27, I quit design in order to focus on painting. That didn’t go well though, and after some computer graphics that I made for a friend along the way were surprisingly well received, I began to work as a CG artist and gained some popularity. Then someone recommended me to utilize my know-how as a CG artist for making commercials, and that’s what I started doing next. Before I knew it, I’ve been working as a director of commercials for thirty years. Nonetheless, I always remained an artist at heart, and convinced that I won’t need anything else as long as I have art, I decided to dedicate myself to it until the day I die.

As the exhibition title “Graffiti Buddha” suggests, the works on display revolve around Buddha as a central theme. Bearing in mind the idea that my “life” from now on will be going hand in hand with “death,” I am working increasingly hard on my art, in a manner as if invoking the Buddha.

I guess it’s about time to get serious. 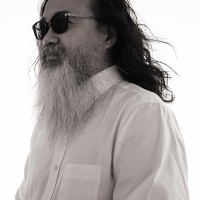 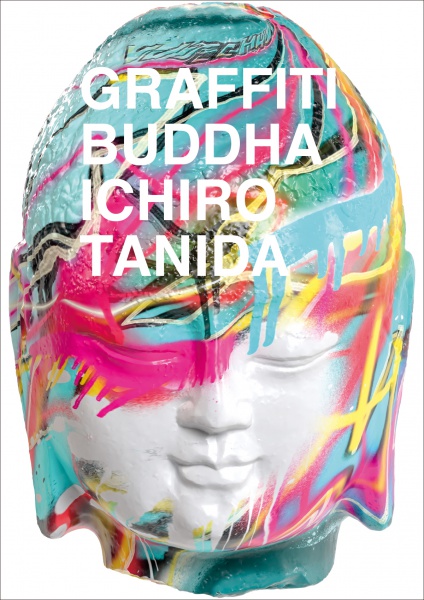 A collaborative poster with creative director Kashiwa Sato along with Ichida Tanida's exhibition 'Graffiti Buddha' at Akio Nagasawa Gallery Aoyama in 2022 .
Limited edition of 20 inkjet + silkscreen copies are available, numbered and signed by both artists.