Takay is a Japanese photographer based in NYC whose photographs have been featured in major fashion publications including Harper's Bazaar, Vogue, L'Uomo Vogue, and I-D, as well as in global advertising campaigns. Takay's artworks have been included in prestigious fashion exhibitions at major institutions around the world. His work has appeared in the Victoria & Albert Museum's exhibition Men in Skirts which travelled to the Metropolitan Museum (NY) in 2003, the Couture Chanel exhibition at the National Museum of China in Beijing and then in Shanghai in 201O, The Fashion World of Jean Paul Gaultier, From Sidewalk to the Catwalk touring from 2011-2016 to 12 cities around the world, and the Met's Spring 2013 Costume Institute exhibition PUNK: Chaos to Couture. In 2016 Takay released his book ECHOS, with a book launch and exhibition at BookMarc Tokyo. 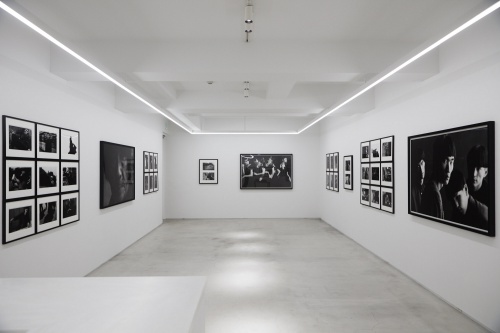