Part of the series of six books on Japanese master photographers. 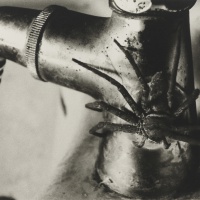