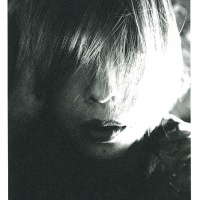 Her aesthetic and work extended beyond the photography itself, she went onto engaging in fashion collaboration projects with Celine and mastermind JAPAN amongst others. In 2007, she directed her first film “SAKURAN” to start off her career as a film director. ‘MIKA NINAGAWA’, her photography book was published overseas for the first time in cooperation with Rizzoli N.Y. in 2010.

Her second film “Helter Skelter” became the most searched film on the web this year and it recorded more than 2.2 billion Japanese yen at the box office. The film entered the London Film Festival and all the tickets were sold out immediately.

Mika Ninagawa is represented by Tomio Koyama Gallery as an artist. Mika has released a free iPhone and Android application called “cameran” (http://cameran.in) whereby images taken can be decorated with the distinctive Mika Ninagawa photography style.

In 2014, Mika Ninagawa was appointed as one of the organizing committees for the 2020 Tokyo Olympics and Paralympics.