Japan in the late sixties was the time when Daido Moriyama published "Nippon Gekijo" in Camera Mainichi magazine, and the first issue of Provoke was released. The exhibition "New Documents", curated by John Szarkowski, was held at MoMA in New York. Living in such an era, "for me, after all, photography is no more than a tool for ripping up and protesting against the times", said Kanoh.

Taking off from the U.S. military's Kadena Air Base in Okinawa, Boeing B-52 bombers repeatedly flew over North Vietnam for air raids. The world saw the break-up of the Beatles, and Mick Jagger, with his uniquely curling upper lip, bouncing around the stage in Hyde Park. The younger generation, whether students or non-students, were then very socially active, and they chose to resist authority. The “anger of youth” underlay their daily lives and thought.— Tenmei Kanoh

At the time, the outbreak of the Narita protest movement (also known as the Sanrizuka struggle) drew Kanoh’s attention when he was 28 years old. Being one of the angry young men, he put himself in the site with his camera. During that time, there were already a number of photographers who had featured Sanrizuka. Yet, Kanoh intelligently captured the uncertainty of information and the disorderly atmosphere that pervaded the Japanese youth.

Through his experiences working as a cameraman, Kanoh gazed at society with his unique perspective. Furthemore, although circumstances are different between then and now, the essence of social phenomena seen through his photography remains unchanged.

Forty three years have passed since then, and yet one plot of land remains intact in the middle of the airport, showing that the protest has passed to the next generation. Kanoh expresses that, with such deep attachment to the land and tenacity of ownership, he knows the profound desire and great fortitude of human beings. “Decades have past and I wonder what the young of today have in their minds. I wonder whether I will witness their action and intellect in response to the crucial issue of the amendments to the 9th Article of the Constitution of Japan.” We invite you to see these works on the Sanrizuka struggle by Tenmei Kanoh. 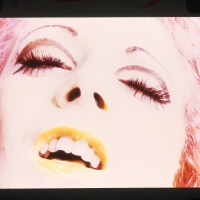 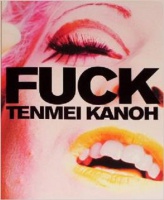