A special edition of the book, Attempting Exhaustion.
Signed and numbered original print in a special slip case and set in a cloth binding box case.
As for original prints, you can choose from 3 images in a limited edition of 10 copies each.

Between 2009 and 2016, I photographed a table and a window in my kitchen in Lisbon.
I was first attracted by its silence, later by how the objects received the light, and, finally, by their geometrical composition.
I could't help noticing, more and more, how things repeated themselves without truly repeating themselves.
Little changes, almost invisible transformations happened every day, according to weather and season. 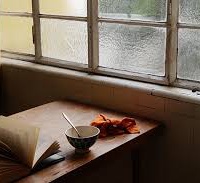