ATTENTION!!! Due to the impact caused by the spread of the Coronavirus COVID-19, our courier partner, Japan Post (EMS), has temporarily suspended the acceptance of international mail to various countries. Please find the list here below. If your country is listed, you may experience varying levels of delay. Please be aware of this before placing your order. We apologize for any inconvenience this may cause and appreciate your kind understanding.
https://www.post.japanpost.jp/int/information/overview_en.pdf 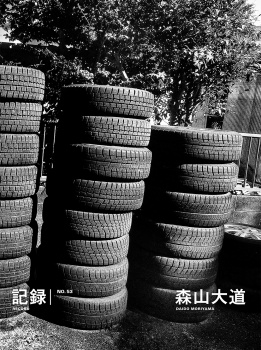 ▼Early Bird Discount
Special price for a limited period of time: JPY 2,640 (tax inc.)
The above benefit applies to pre-orders made before January 31 (Japan time).

Last fall, the photographer William Klein passed away in Paris.

An exhibition of my own and William Klein’s works attracted a large audience when it was shown at London’s Tate Modern back in 2012. Klein’s part of the exhibition was quite a diverse affair, as it featured next to photographs also paintings and films among others. Obviously, it was the highlight of the show. For my own part, with the exception of a few color prints, I mostly covered the walls with enlarged black-and-white photos.
It was about 60 years ago, that I was completely knocked down by the shocking experience that was browsing through the photo book NEW YORK, which inspired me to launch my own life and work as a photographer. With that in mind, when it came to doing that two-man show in London, flooding the place with black-and-white shots was all that I could possibly do in response to Klein’s work.
When he showed up for our first meeting in years, a big man in a big wheelchair, it just so happened naturally that we shook hands. That one moment was enough to fill my heart with emotions, and make me feel like shouting out that, for me, the exhibition had already concluded, even though it had in fact just opened. (...)

– from afterwords by Daido Moriyama (a part)