Akio Nagasawa Gallery is pleased to announce the opening of the exhibition “Sakiko Nomura: Another Black Darkness”

Sakiko Nomura has earned an international reputation for projecting in the deep, dark chaos of her photographs the vagueness of her memories, sentiments, and mutual emotional fluctuations caused by the photographer’s relationships to her objects.

The works in the “Another Black Darkness” series that is featured in this exhibition are results of Nomura’s first ever experiments with the technique of solarization.
Nude male and female bodies and cityscapes emerge in faint black lines, making up sceneries of black in which the darkness of Nomura’s own world expresses itself with particular intensity.
Each of these literally unique pieces of photography is charged with an overwhelming energy that captivates the viewer.

Nomura’s works received acclaim from audiences from around the world as part of the exhibition “Another Language” at last year’s Rencontres d'Arles International Photography Festival in France.

We are looking forward to your visit.

Concurrently with the exhibition, the photo book “Another Black Darkness” will be published as a limited edition of 600 signed and numbered copies. 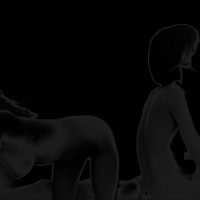 Born 1967 in Shimonoseki, Yamaguchi. Graduated from Kyushu Sangyo University, Faculty of Fine Arts, Department of Photography and Imaging Arts, and became Nobuyoshi Araki's disciple in ’91. Following her first solo exhibition “Clock Without Hand” in ’93, she participated in numerous solo and group exhibitions mainly in Tokyo but also at locations across Asia and Europe and received high acclaim. After winning a New Figure Encouragement Prize at Photo City Sagamihara 2013, she is currently one of the most watched photographers. Photo books include “Hadaka no jikan (Naked Time)” (1997), “Kuroneko (Black Cat)” (’02), “Yakan Hikou (Night Flight)”, “Kuroyami (Black Darkness)” (both ’08), “Nude / A Room / Flowers” (’12), “Tamano” (’14), “Gun” and “Another Black Darkness” (both ’16), “Ango” and “Ai Ni Tsuite (About Love)” (both ’17) etc. 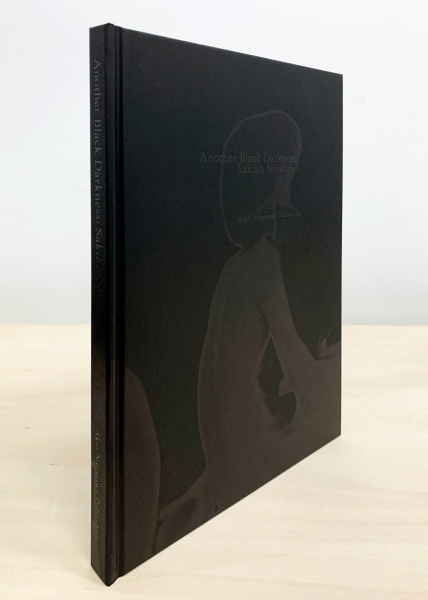 The works in the Another Black Darkness series that is featured in this exhibition are results of Nomura’s first ever experiments with the technique of solarization. Beautifully printed work on lovely matt paper stock.

Nomura’s works received acclaim from audiences from around the world as part of the exhibition Another Language at Rencontres d'Arles International Photography Festival in 2015 in France. 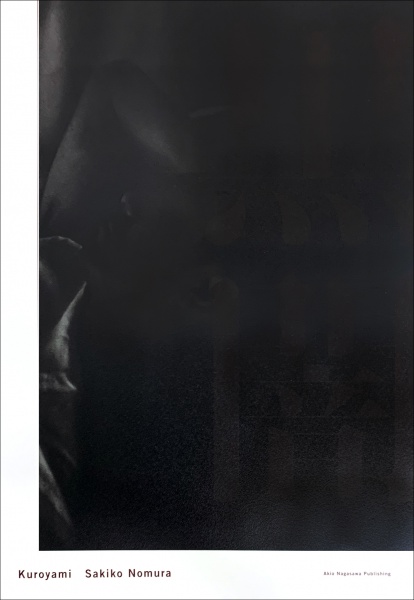 Black Darkness sequences an ensemble of black and white photographs mixing nudes, cityscapes and still-lives. Kuroyami when translated means “black darkness” and this theme is prevalent throughout the course of the subject matter presented in this volume. Dark and brooding, the photographs are presented one image per-page in large folio format.